The presidential election results announcement will be headed by Professor Mahmood Yakubu, the INEC Chairman

The electoral umpire had on Saturday said it will resume activities at the National Collation Centre at 10am earlier today, but it was later recheduled for 6pm this evening.

*** As a patriotic citizen that have respect for the laws of our land, I’m patiently waiting for the final results of the election. God bless the federal Republic of Nigeria.

*** Pls do and call this results na, no kill person with BP

*** GOOD LUCK TO YOU. We hope you don’t make mistakes. Great work!

*** It has started. But please start with Saraki’s fate even though I know it’s not possible 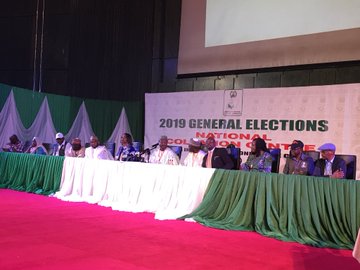 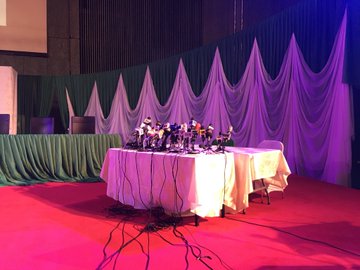 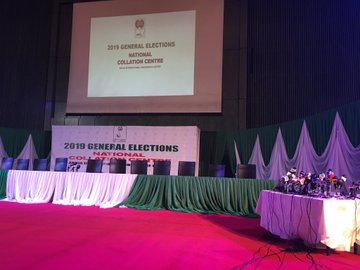 Nigeria’s coronavirus (COVID-19) cases, on Friday, increased to 28,711 as 544 new infections were announced by the Nigeria Centre for Disease Control (NCDC).

The NCDC disclosed this on its verified Twitter handle on Wednesday night. it also said that 199 of the new infections were recorded in Lagos.

Minister Of Humanitarian Affairs Gift 200 N-Power Slots To Each Senator, 150 For House Of Reps Members As Ordinary Nigerians Are Shut Out Of Scheme

The Minister of Humanitarian Affairs and Disaster Management, Sadiya Umar Farouq, finally fulfilled her commitment to convert the N-Power scheme to political patronage.

Contrary to the failed attempt by the Nigerian Senate’s spokesperson to defend the allocation of N-Power slots to the parliamentarians and other politicians, SaharaReporters can authoritatively confirm the breakdown of allocation of slots to the National Assembly.

In the sharing formular, each member of the leadership of the Assembly is allocated 500 slots; each senator got 200 slots and each House of Representatives member was given 150 slots.

Farouq converted the successful youth empowerment programme to a bazaar and political patronage.

Other ministers have also been allocated 100 slots each by Farouq and forms are freely distributed in government offices in Abuja to aides and others.

This confirms the earlier report of SaharaReporters and samples of customised forms published by this platform, which attracted ignoble lies and vein defence of the Senate.