It has been reported that popular Nigerian Musician, Naira Marley who is still in EFCC custody has come out to disclose new information that the public did not know about him before.

The ‘Am I yahoo a boy’ crooner, Marley stated in an interview that he has two wives and four children while pleading that he is not a criminal.  Naira Marley said he is not a criminal and has no idea what the Economic and Financial Crimes Commission found on his laptop. Naira Marley, 28, said apart from storing his songs and music videos, he had never done anything illegal with his laptop.

Naira Marley who revealed in his statement under an oath made while in EFCC custody that;

“My results for my GCSE are English (C), Maths (B) and Science (C).  “I left Walworth School with my qualification and went further to study at Peckham Academy, where I got distinction in Business. Then, I went further to study at Crossways College where I finished my Business Law; but I had kids at that time, so I took a break and started making music till date”.

According to Naira Marley, he did not own a laptop but was given one to use temporarily to upload videos on YouTube. Naira stated,

“I started making music in 2014 individually (sic), but now I’m signed to Marathon, a United Kingdom-based record label. I had a deal with Coca-Cola for my song, Issa Goal, in which I featured Olamide and Lil Kesh. I also had deals with Nike to participate in the Nigerian sportswear (sic)”.

The singer also disclosed that the laptop had no password and could be accessed by anyone. Naira claimed to have met Isril in a secondary school in England. “He owns the butcher’s and an electronics shop in England. He is a British citizen, though his family is from Iraq.

“I don’t have a personal laptop at the moment because I don’t need it. My management team handles everything I need to do on the laptop. I only use my iPhone X for everything I do,” he said.

Meanwhile, Naira Marley has arrived court for his bail hearing today, 30th, of May. The singer who was spotted in a black outfit arrived at the court a few minutes ago.

Here is a video of Naira Marley arriving court below; 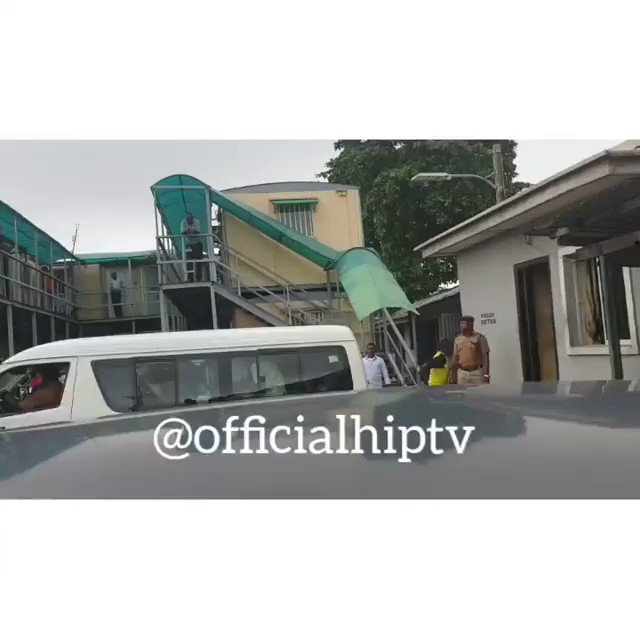 It would be recalled that the Naira Marley was arraigned on 11-count charges, bordering on fraudulent activities and money laundering.

“Some of the counts in the charges filed against Naira Marley includes, “That you, Azeez Adeshina Fashola, aka Naira Marley, and Raze (still at large), on or about the 11th day of December 2018, within the jurisdiction of this honourable court, conspired amongst yourselves to use Access card 42658840359191132 issued to persons other than you in a bid to obtain gain and you thereby committed an offense contrary to Section 27(1)(b) of the Cyber Crimes (Prohibition, Prevention etc) Act 2015 and punishable under Section 33(2) of the Same Act”.

“That you, Azeez Adeshina Fashola, aka Naira Marley, and Raze (still at large), on or about the 10th day of May 2019, within the jurisdiction of this honorable court, with intent to defraud possessed, counterfeit card 4921819410257431 issued to Timea Fedorne Tatar and you thereby committed an offense contrary to and punishable under Section 33(9) of Cyber Crimes (Prohibition, Prevention, etc) Act 2015″.

Source: Daily advent
What do you think about this? Please share your thoughts with us below

NAIRA MARLEY COURT HEARING: HERE’S WHY RAPPER IS LIKELY TO GET BAIL TODAY

Insecurity: NANS threatens to shut down Nigeria over students’ abduction