It has been reported that Ruggedman took to his social media page to share a new video today where he disclosed that he regrets saying that he was happy Naira Marley was arrested during an interview. He also wished Naira Marley well as he appears in court for his bail hearing today.

According to Ruggedman, he commented on the fraudulent acts the rapper endorsed as a senior colleague to a younger colleague because he knew authorities won’t be happy with it. Ruggedman further disclosed that everyone has made their own mistakes, and if he knew it was going to get this bad he wouldn’t have said anything.

Ruggedman who further disclosed that he regrets saying that he was happy Naira Marley was arrested, added that all Naira Marley needs now is positive energy, a good lawyer and his family around him. Watch his video below; 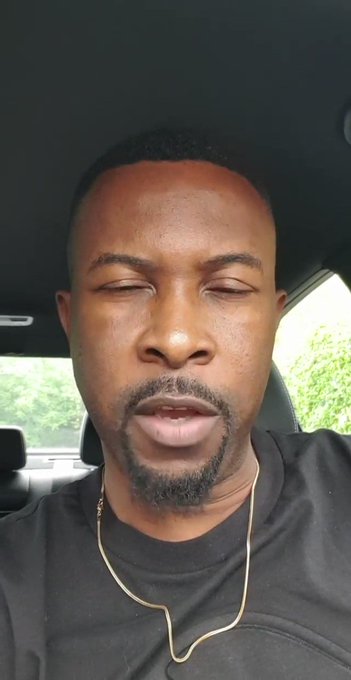 If I knew it was going to get this far, I wouldn’t have said I’m happy Naira Marley was arrested – Ruggedman

It would be recalled that a few weeks ago, Ruggedman revealed in an interview that he was happy that Naira Marley was arrested. According to him, the singer played himself by promoting what everyone has been campaigning against. Ruggedman who noted that an EFCC battle is not what one pulls away from easily said Naira Marley got a dose of a reality check. Ruggedman further stated that the arrest will tell another cybercrime activist that the authorities are watching.

The EFCC explained why it arrested Naira Marley, real name Afeez Fashola and also confirmed the arrest of Omoniyi Temidayo Raphael aka Zlatan. The veteran singer revealed that he has been accused of reporting Naira Marley to the anti-graft agency, but added that he has no such powers.

Ruggedman said he was expecting to see the singer’s supporters at the EFCC office bearing placards in protest but he never saw any. The musician wondered why Naira Marley should be promoting what everyone had been campaigning against.

“I wake up this morning to see say EFCC don carry am. I don dey wait since make all those his people wey dey hala I think say dem for don go EFCC office go protest but well I see dem na… make we dey wait”.

“Well, at the end of the day, my advice to everyone on social media, all the gansters and gangsteresses, you should know that when they push you on socia media, there’s real lfe”.

“When you cross social media fake life with reality, there’ll be problems and that’s what happened to him [Naira Marley]. Reality pulled him out from social media to explain his slavery issue”.

“Some people are saying that I told EFCC to arrest him. I don’t have such power”.

“My fear was when he came out to say such things, and I said ‘do not mislead the youths”.

“A lot of people see all the Benz life and they want to live. But now they know the EFCC and the police are watching. And at the end of the day someone says Ruggedman snitched on me”.

What do you think about this? Please share your thoughts with us below