A video of a girl twerking on a moving motorcycle went viral recently. In the same video, the girl was also seen dancing in a swimming pool and in the middle of the road. Apparently, the girl was participating in the ‘Bum Bum’ challenge by Davido to promote his new song of the same title. Whoever emerges winner of the challenge would walk away with over one million naira. 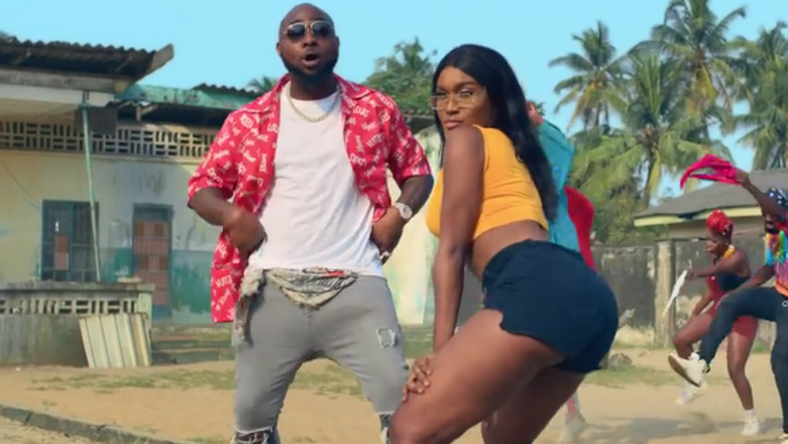 Little wonder that so many youths, and even the elderly ones, have caught the bug and have been showing their twerking skills in odd places, including in some dangerous situations. Since this challenge took off, many viewers have been inundated with ‘twerkers’ twerking their backsides in a car trunk in Turkey; in the middle of the road in the US and even in Nigeria, in toilets and other funny places.

Trends are quick to catch on in Nigeria. All it takes is for someone to start a fad on social media, and it soon takes on a life of its own and goes viral. There have been several of such fads in the past. Some of them include the ice water challenge, mannequin challenge, 10 years challenge, among others. In as much as these challenges could be fun, they are also very dangerous as several lives have been lost in the process.

The ‘Kiki’ challenge started by Canadian singer, Drake, for his song, In my Feelings, claimed many lives across the world. The challenge involved a person dancing to the song while a car moved along. In the course of filming the challenge, so many people were knocked down and the police had to issue a warning to people not to take part in the trend. However, with the current ‘Bum Bum’ challenge, it is evident that many youths have taken things to the extreme and should be cautioned.

In a chat with Sunday Scoop, gospel singer, Nathaniel Bassey, who started the halleluyah challenge, stated that people were always drawn to what they liked. He said, “The social media is just like a marketplace. People gravitate towards whatever pleases them. The halleluyah challenge was started as a way of praising God for all He has done for us. Expectedly, those who share similar views partook in the challenge and it went viral. A lot of miracles were recorded in the course of that challenge. As a gospel artiste, anything I do has to glorify God.

As for the Bum Bum challenge, I don’t know about it and I wouldn’t want to comment on it because I don’t know the motive behind it. I can only speak for myself.” In a similar vein, singer, Orezi, said such challenges were done mainly to get attention. Orezi added, “As far as I am concerned, all those challenges are just a way of seeking publicity. As the challenge goes viral, it also means that more people would be listening to the song, downloading it or buying online, as well as watching the video on YouTube and other streaming platforms. All this means more money for the artiste. At the end of the day, what is given to the winner of the challenge will be a tiny fraction compared to how much was generated. It is simply a smart business strategy.”

Duncan Mighty also supported the trend, describing it as a marketing strategy. “We are in the entertainment industry and if you want people to focus on you, you have to do something crazy to catch their attention. It is not just a Nigerian thing; it happens in other countries too. In this era of social media, the best way to promote your brand is on the Internet,” he said. Another singer, Falz, stated that such activities helped artistes to keep in touch with their fans.

“As entertainers, it is very important for us to regularly engage our fans, and such challenge is one way of doing that. However, I also know that artistes have so much influence on people out there, especially the younger ones; so, we have to be careful with the kind of messages we pass across to them. Personally, I prefer doing things that are intellectually stimulating and these are what I do with some of my songs,” he added.

Preaching caution before partaking in such trends, actor, John Okafor, aka Mr Ibu, said, “It is a general belief that too much of everything is bad. There is nothing bad in participating in a trend but it shouldn’t be at the expense of your life.” Comedian, MC Acapella, also advised that people should always strike a balance in whatever they do. He said, “Sometimes, our youths get carried away and focus on distractions instead of the real things. There are so many serious issues in this country that affect youths which nobody is talking about, yet you will see these same youths expending energy on mundane things. It is more worthwhile to stand up for a cause that would benefit people, no matter how small.”

Davido Sends Powerful Message To Nigerians – No One Is Voting This Man In Again. We’ve Chased One Before, Let’s Do It Again’