Nigeria is a very blessed country as we have a lot of celebrities who are great-looking and talented, attracting millions of fans from all over Africa. These men are not only stylish and attractive but also wealthy and extremely popular. If you’re a lady and you don’t have a crush on any of these guys, you surely need to recheck yourself. From the President of the Sweet Boys Association Nigeria Chapter, FALZ to BBNaija 2018 winner Miracle Ikechukwu and many others.

Checkout our list of Top 10 Most Handsome Celebrities in Nigeria;

Folarin Falana, better known by his stage name Falz is a Nigerian singer, rapper, actor, and songwriter and also the President of the Sweet Boys Association (SBA). From his face, his beards to his dress sense, Falz always appears in a manner that elicits reactions from women and to an extent, even guys.

Ramsey Nouah who turned 48 years old recently is a cool guy with an amazing talent and good looks that made him popular not only in the soap operas but also on the big screen. Ramsey has the mix of Israel and Yoruba blood, which makes him extra special and handsome. His good acting in kiss of the destiny helped him win the Best Actor prize 8 years ago.

The doors of the entertainment industry opened for Uti after he won Big Brother Africa Season 5.
With his handsome features, he has featured in dozens of movies and TV series crowned with an award as Best New Actor.

Bryan stands out most Nigerian male actors. He is the winner of Mr. Nigeria 2007, his handsome looks has awarded him a lot of special titles. He takes part in numerous contests and successfully wins many of them. Besides, he is known for his amazing and breathtaking acting.

Ikechukwu Mitchel Ogbonna popularly known as IK Ogbonna is a very handsome, creative, gifted, skillful and talented Nollywood actor who’s known all over for his romantic roles in movies. Even with his bald hair he still commands a large following of women fans who are never satisfied with his performance and keep seeking for more.

This handsome actor joined the entertainment industry through his modelling career.
He was the first runner-up at the 2010 Mr Nigeria contest. He is very cool, attractive and always appears hot on screen and currently has four awards to his name including the Best Actor in a Supporting Role award at 2013, Best of Nollywood Awards for his role in the Weekend Getaway and Favourite Male emerging screen talent.

Ayodeji Ibrahim Balogun popularly known as Wizkid, is a Nigerian songwriter, singer and performed. He is the President of the Stew gang and one of Nigeria’s biggest music export. Wizkid has a lot of female fans due to his handsome looks and always make them go crazy whenever on sight.

Miracle became an overnight sensation all over Nigeria when he appeared on BBNaija 2018 and also emerged as winner. His pictures went viral the very first day he entered the house and many girls fell for him instantly. It can be said that his looks made the hearts of many girls go wild.

Oluwatobiloba Daniel Anidugbe, formerly known as Kiss Daniel, now “Kizz Daniel”, is a Nigerian musician, performer and entertainer best known for his chart-topping single “Woju” and hiscritically acclaimed song, “Yeba”. His good looks is one of the reasons why he came into limelight almost immediately, he is also very talented though. 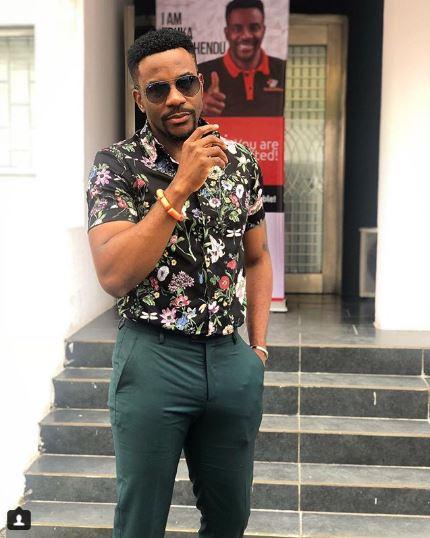 Chukwuebuka Obi-Uchendu popularly known as Ebuka is a Nigerian lawyer and media personality who became popular after hosting the reality show Big Brother Naija. He is mostly known for his fashion style which has become a movement in Nigeria as he breaks the internet daily with his well-tailored outfits. He isn’t just the most handsome celebrity in Nigeria but also a ladies man. Ebuka is a quintessentialgentleman and that’s reflected in his style. He knows how to put a unique spin on a classic look and come up with something completely unique.