THE decade of the 70s was characterized in Nigeria by Afro-fusion music, with the late Fela Anikulapo Kuti as the major inspirer. But alongside this revolution, juju music was also thriving with Ebenezer Obey and Sunny Ade as significant exponents who were seen at the time by their numerous fans as arch rivals. Right now, Davido and Wizkid are arguably two of the greatest music artistes in Africa. With fans running into millions, sold-out shows  in some part of the world, choice automobiles, and state-of-the-art gadgets, the duo are living the life that many Nigerians can only dream of.

An intriguing part of the development of juju music was that the two musicians, Ebenezer Obey and Sunny Ade, had their various styles, backgrounds and approaches, a situation which made the perceived rivalry between them a healthy one that added value to the rising juju music of that period. It was not the kind of contention that caused bad blood but that of competition, motivating each exponent into releasing records that were capable of out doing the other persons output. The circumstances surrounding these artistes forced them to work harder on their lyrics and instrumentation, all of which eventually turned out extraordinary hits that have turned out to be evergreen.

The music which made ‘it’ for Obey during the 70s was ‘Board Members’ recorded in 1972 upon the band’s arrival from Britain; and ‘Board Members’ has been his best selling hit throughout the years. Different hits of the 70s include Iwa ika kope (1974), KeteKete, Epo ila (1973), Ota mi dehin lehin mi (1976), Eto Igbeyawo and Madele (1974) amongst several others. Some of the hits with which Sunny Ade competed with Obey include Esu biri biri, Ekilo fomo ode, Nitori awa, and Synchro system, a performer that was inspired by the emerging Afro beat influence of that period, among others.

Despite the fact that they were not foes, each made statements and claims that would in general depict the one as better than the other. For instance, the two of them re-introduced multiple guitars which were used as far back as the 1940s by the Jolly Boys Orchestra into their instrumentation, however Obey asserted responsibility for introducing these guitars Western drum kits, and the transition of the music from a neo-traditional form to an urban social type.

According to Obey who made his first record in 1963,”I noticed that people like to stick to their own ways, especially old people. They don’t want to compromise. But the younger ones always want freedom from the old system. They want new things; and knowing that, I modernized the music, and created my own fashion in music, the miliki system. And I happened to be the one who started the modernization of juju music. The fathers of juju music only played one guitar. I introduced three guitars and arranged it in such a way that would catch the attention of the youth and cross to the older folk, so as to have both ears of listeners, and it worked. The three guitars are tenor, rhythm and lead.”

So as to keep the competition flaming, Sunny himself would not only lay claim to the introduction of these multiple guitars, he would likewise stress the innovation of the tenor guitar which Bob Ohiri, who was exposed to it in Fela’s Africa 70 later played in Sunny’s African Beats collection. As a way of stamping down his superiority, he started to lecture on the origin and actual essence of juju music, saying:”The name, juju music, was given to the particular music by the colonial people. In the olden days, any black African medicine was called juju, any music played around there they called it juju music. But now it is a different type of music entirely and we still want the name to remain.”

Now, looking at Davido and Wizkid, it can be seen that one advantage that the duo have going for them is their relatively young age. Both in their twenties, they have both been in the spotlight for more than five years now. However, even though one would think that they are best of friends considering that they roll in the same circles; nothing can be farther from the truth. In fact, they can be referred to as terrible rivals in the Nigerian music industry.

Surprisingly, they began as friends and as far back as 2011, they were regularly observed together. Be that as it may, immediately their brands started growing, the gulf between them widened. Industry pundits would recall that their relationship started showing cracks just before the 2012 Nigerian Entertainment Awards in New York. Throughout the years, there have been a few conflicts and online wars between the duo. They occasionally seem to squash the beef but before one can say O.B.O, they continue throwing brickbats at each other.

Davido had said in an interview a few years back, “Since I came out, there has always been this comparison between me and Wizkid. But there’s room for everybody; we are not doing the same thing. Funny enough, we used to see each other around at clubs and backstage of events, and there was no problem at all. I’ve always been a good fan of his (because) he makes good music. It all started with a flight to New York.”

In the interim, Wizkid had additionally said in a radio interview,, “Davido dislikes my success but I am way beyond such childish games.” Knowing the underlying cause of their persistent conflicts would not take a scientific genius to interpret. Both artistes are usually compared to each other, and whatever Davido does has a way of affecting Wizkid, and vice versa. 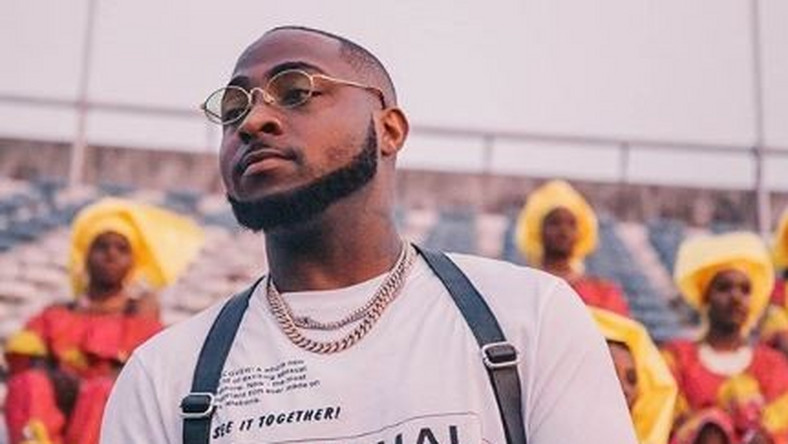 Tragically, these clashes aren’t doing both artistes any good, as they are probably going to accomplish more if they are united. As opposed to what a few people may think, artistes don’t need to wage war against each other to remain relevant.

Recall that the perceived rivalry between Obey and Sunny in the 70s inspired a lot of followers in a trend which enthroned juju music as mainstay in Lagos and the Yoruba speaking States of the West at the end of the civil war in 1970. The music prospered due to the absence of highlife, which had declined and gone with the war. The two became legends. It might be said, they can be alluded to as trend-setters since they had the more prominent number of followers- musicians whose music started sounding like that of Obey and Sunny, artistes they saw as their mentors.

This was despite the fact that there were such individual styles by I.K. Dairo and Orlando Owoh, which could broaden the scope of juju music. As it turned out, the competition that took place between Obey and Sunny was the creation of their various fans, some of whom were so fanatical and loyal, they were prepared to antagonize any individual who did not adore worship their preferred musician or records because they preferred one to the other.

The artists themselves were friends however they fuelled and manipulated the situation to their own advantage.It helped to boost the sales of their records which they released one after the other, in quick succession. However, as a show of solidarity and friendship, the two, Ebenezer Obey and Sunny Ade, made an effort to dispel the rumour and perceived feeling that they were antagonists.

Even though it was not really known what transpired between Davido and Wizkid at first which started all the ‘fight’, they publicly made up at an EME concert in December 2017. In any case, the reconciliation was brief. This was clearly the start of the “bromance” between Wizkid and Davido  which Nigerians thought would last as nobody at any point saw it coming. The date was December 24, 2017, and the scene was the well known Eko Hotel and Suites where fans had assembled to listen to their preferred star, Wizkid. It was an unexpected reunion at #WizkidTheConcert when Starboy, Wizkid presented his alleged arch-rival Davido and they performed ‘FIA’ together. Little did the fans know what was up on the sleeves of Wizkid and his promoters as they were shocked when Davido bounced out from behind the stage and sang his hit song, ‘FIA’ together with Wizkid. This, we thought had ended the beef between them.

For Ebenezer Obey and Sunny Ade, the venue was ‘Obey Miliki Spot’ at Olonode, Yaba, Lagos, a night club which was previously patronized by Fela Ransome Kuti’s Koola Lobitos when the place was called ‘Crystal Garden’. The date was August 16, 1973 when Sunny Ade went to join Ebenezer Obey on the stage to play guitar solos and accompaniment to Obey’s music. The audience screamed with excitement.

In fact, in order to convince their different fans that as musicians, they were friends in the same profession, Sunny released an album which had in it ‘Oro tonlo’, meaning ‘what people are saying’, where he further asked their fans to stop insinuating that the two of them were enemies, warning them to stop fanning the embers of hatred and antagonism where they did not exist.

The perceived rivalry, which existed only in the imagination of the artistes’ fans, was obviously a gimmick of circumstance made out to drive the talents of the two great musicians. Also, it worked perfectly. Sunny Ade’s image and popularity since the 70s has achieved enormous measurements. He has turned out to be one of the greatest stars in Nigeria and Africa, yet in addition crosswise over Europe and America. In 1981, for example, Sunny Ade blasted global prominence when Island Records signed him on. On the other hand, his rival, Ebenezer Obey has since become an institution and big influence across West Africa. Even though now an evangelist, he is a successful entrepreneur and still comes out of semi retirement to perform ground- breaking gospel music.

Wizkid and Davido have a great deal of work to do. They ought to learn from Sunny Ade and Ebenezer Obey, and discover an approach to make their rivalry profitable. Their handlers should, as a matter of urgency, call their artistes to request and squash this beef once and for all. They don’t necessarily have to be friends but they shouldn’t also be enemies.

One of the greatest issues in Nigeria is the the culture of violence in governmental issues; this ought not be permitted to spill into entertainment, which is one of only a few things that unites all Nigerians, regardless of tribe, gender and religion. Furthermore, it is better imagined amount of cash and attention a Wizkid and Davido joint album would create. Entertainment is not about making enemies, it is about doing business and making money. That’s why it is called showbiz.

FINALLY!!! WHAT TIWA SAVAGE SAID WILL SHOCK YOU IN REACTION TO WIZKID SLAPPING HER BUM BUM

NAIRA MARLEY: SEE WHAT BOBRISKY DID AFTER THE SINGER APPEAR IN COURT FOR FRAUD CHARGE (PHOTO)