Nigeria music queen, Tiwa Savage has reacted to the barrage of backlash she’s received in the last few days, following a video that surfaced online, showing her colleague and superstar, Wizkid slapping her buttocks. 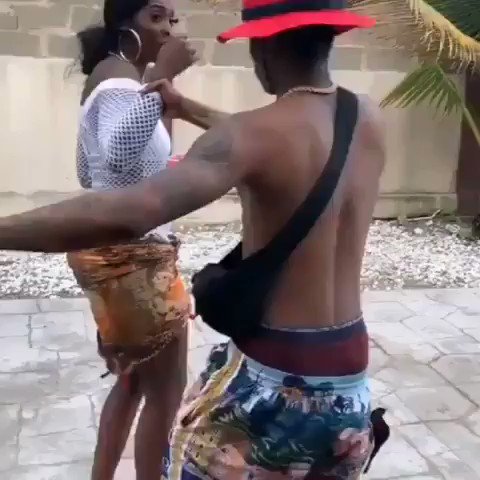 Wiz and Tiwa have been rumoured to be involved in a relationship of some sort – which is anything but professional – since the duo appeared together in the former’s hit record, Fever, in 2018.

For Tiwa, she had barely given into the pressure of having to explain whether or not she’s more than just a friend to wizkid. She’s however not oblivious of the fact that details of her relationship with Wizkid has been top of  industry’s list of unsolved puzzles, which many are apparently attempting to solve.

This time, in her usual manner, Tiwa has opted for a six word explanation to the backlash she’s received since the Bum Bum Spanking incident.

“Tiwa Savage is Living Her Life” was the message her fans on social media went to bed with on wednesday night, suggesting she was unperturbed about the fuss many have made off the “overly friendly” play with Wizkid.

1,772 people are talking about this

Tiwa who revealed recently she’s never seen an episode of the just concluded TV show by American network, HBO, Game Of Thrones, has been a subject of intense public scrutiny since sparating with her estranged husband and then manager, Tee Billz, whom she had a son with.

Recall that in 2018 when the Tiwa/Wiz romance saga first became a subject of public debate, Tee Billz reacted in denial, calling Wizkid his “younger bro” and expressed that Tiwa could barely stoop as low as having sexual relationship with Wizkid.

What do you think about the whole Tiwa and Wizkid Romance saga? Drop your comments below.