As that Styl Plus song ringed in 2008, “four years don waka.” It’s been four gruesome years since Nigeria elected President Muhammadu Buhari and his ‘change’ mantra into office, but the only changes we’ve seen are those which have taken Nigeria from bad to worse.

Over these four years, we’ve also seen the #NotTooYoungToRun bill get signed into Law and the emergence of the third force; most of which seem like swindle members of the ruling class, bamboozling Nigerians with parsel-tongue of deception and pretence before bowing out close to the elections. Nigeria is the home of drama, but we have seen nothing yet. 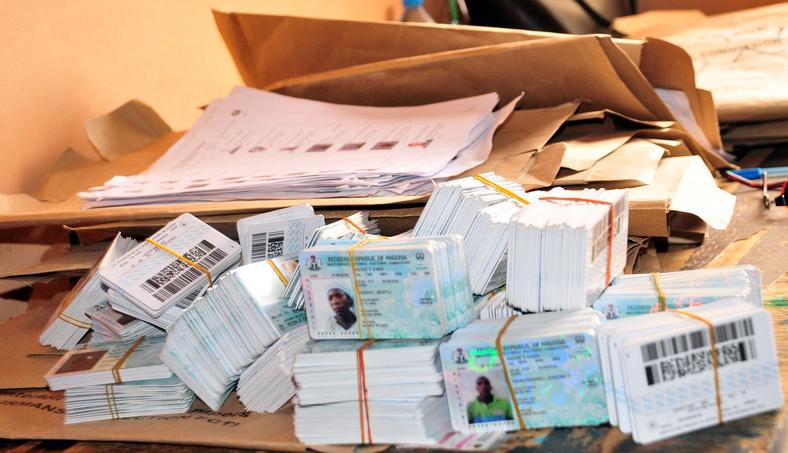 At this time, the idea of a good election seems as unreasonable as the choices in the polls, who have a reasonable shot at actually winning. Asides the unusual rigours we go through to get our Permanent Voter’s Card (PVC), a lot of Nigerians under-35 are about as interested in voting during this election as they are in eating faeces. Many like this scribe feel their votes will count for too little to affect anything.

Asides that, the choices are simply too alike to muster any reason for positivity. Asides that, there must be questions raging the heart of every Nigerian within this age-grade. Allow Pulse to offer you some insights. We hope you find some useful information to anyone who has the following questions;

Voting in elections is a civic duty for any Nigerian over the age of 18 and with necessary documentation required to vote. Asides that, nobody is as frustrated as a Nigerian under the age of 35, who never got to see the ‘glory days’ but only grew up into the Nigeria bemoaning the glory days amid attempts at scavenging for the spoils of the same Nigeria.

Equally, nobody clamours for change more than an average Nigerian under the age of 35, despite his usual cynicism and social media posts to live the ‘Nigerian dream’ of travelling to far western colonies and post on social media, an undying love for the motherland.

Thus, change is a process, not usually a sudden happenstance, where power is seized. While there might be no attractive candidates for you with a chance to win – which we will address a little later, voting is an expression of that change you crave. Voting, despite subtle assurance that your candidate might not win is expressing your power that will end up counting.

Dear young woman, out of 84,004,084 million registered voters, 47.14% represents women. 51.11% of this number are youths ages 18-35. Your voice is your power; your power is your vote. Get your PVCs and VOTE!!! @inecnigeria @womenfundng @sheImpactNg @wipfng @ECESeu @heirwoman pic.twitter.com/sho1lvISyk

Imagine if a million youths like you vote for one underdog. He might be impressed to run again, by which time his reps would have soared. Of course, all this is wishful thinking, but voting means you are more than talk and wild wishes of change. But before making a decision, you should know the candidates.

It’s not enough to just throw a vote away just because you don’t want another candidate to win. Throwing your vote behind someone should be more about your belief that they can change things in this country.

Thus, you have to really dig deep to understand the personality traits, record of excellence or failure, antecedents, excellence at governance and development as against the other candidates, leadership qualities, functionalities, vision and so forth.

The idea is to help you choose a good candidate.

3.      Will I regret voting for this candidate in the next four years?

To a lesser extent, it is important that after familiarizing yourself with your candidates, but before you vote, you should ask yourself how you might feel in four years and if you would be satisfied with your feeling.

Voting is now more than just an act of nepotism or bias, it is determining the fate of a country for the next four years. Of course, except you’re clairvoyant, nobody knows the future. However, the truth is you must understand why you’re voting and what you expect.

Nothing is certain, you might end up getting disappointed as human beings are about as reliable as a white bulb on a generator past its voltage, but you must take solace in the fact that you mad the best decision available.

4.      What do Senators and Representatives do?

A lot of Nigerians do not understand the power or role of the legislators as powerful, policy-making and lawmaking juggernauts that determine what becomes operative and what dies a slow death in the night fight of legislative house pettiness.

Senators and Members of the lower house are law and policy makers that represent the interests of you and other members of your constituency at the National Assembly.

5.      My presidential candidate has no shot at winning so who should I vote for now?

This should be about your conviction because the truth is; in most elections, we all know who has a chance of winning and who cannot. While it is important to have a candidate that can actually win, the best men sometimes have no shot at winning.

If one of them, without a chance at winning is your candidate, it’s all about understanding that it’s not just voting anymore, it’s determining the fate of a country for four years and if you will be able to say you could have done better or worse in four years.

6.      Do I have to automatically vote every young candidate?

The narrative now is that the old heads have all eaten the forbidden fruit and are beyond redemption. While that is true to an extent, the actual truth is not all young candidates have experience. Neither do they understand the true meaning of leading a state, let alone a country.

To most young people, leading or contesting or winning is fulfilling a dream. Most of them have no good plans to actually govern. Anybody with a brain can pick their ‘attractive’ plans apart with simple questions – leading is more than just being different, young or talking smart. For me, the answer is a fat NO.

7.      When will the result of the presidential election be announced?

The results should be announced 48 hours after voting is done with.

3 Habits Of Poor People You Need To Avoid

Government to conduct headcount of commercial sex workers in Bauchi