Another voice it seems has opined that the election scheduled for Saturday may not hold.

The leader of the proscribed Indigenous People of Biafra (IPOB) Nnamdi Kanu has said that rescheduled general elections on Saturday may not hold because ‘Jubril of Sudan’ will be chased out of Nigeria.

The IPOB Leader said this on Wednesday night in a landmark nationwide live broadcast on Radio Biafra.

Kanu also described Saturday’s election as ‘sham’, adding that he is coming back to Nigeria soon in ‘power and glory’.

The pro-Biafra leader further lamented the killings of Igbos spearheaded by some Southeast governors.

He said: “There’s no government in the world that doesn’t know about IPOB and fortunately I met most of them, we don’t publish all on social media.

“All these saboteurs you see online don’t exist. Check their profile and you’ll understand they’re fake. Just ignore them.

“I’m coming to Nigeria, in power and glory. I’m coming fully prepared, whatever the Nigerian government wants, we will do it there.

“We called for the boycott of the Zoo. Nigeria was vibrating, we called it off they ran astray. That’s how powerful IPOB is.

“No amount of intimidation, arrest, killings will stop us from marching.

“I’m not sure that their Sham election will hold on Saturday 23rd Feb; because Jubril will be chased back to Sudan, then you will know that Buhari is dead.

“There is no way Jubril can survive an election in this zoo.”

Further lamenting on Killings of IPOB members, Kanu called out Governors Willie Obiano of Anambra state, Okezie Ikpeazu of Abia state and David Umahi of Ebonyi state, blaming them for orchestrating the genocide.

Kanu said: “As I am speaking now, IPOB members are being parked and taken to DSS custody in Abuja, masterminded by Obiano and others.

“Now that Obiano, Okezie Ikpeazu and other Igbo governors are hunting down and killing IPOB members, everyone is keeping quite.

“But any day we decide to retaliate, everyone will start talking rubbish.” 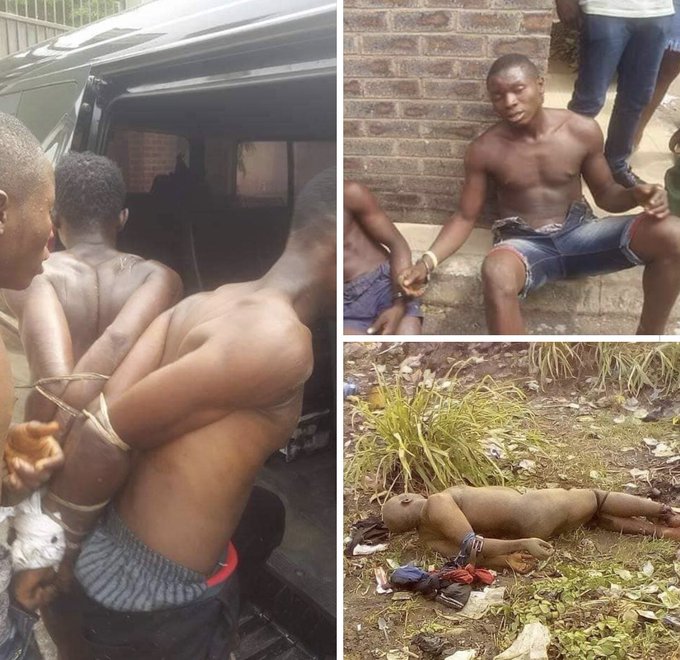 Let these pictures of innocent Biafrans being tortured, humiliated and shot to death by @NigerianArmy speak to the conscience of humanity. What Obiano, Ikpeazu and Umahi are doing for their Fulani masters in Biafraland is beyond abomination. It’s only a matter of time.

Concise News had reported that the pro-Biafra leader had announced on Twitter on Tuesday that he is set to hold a landmark “nationwide broadcast” on Radio Biafra.

Kanu wrote: “Come with your pen, paper, and common sense. When the light comes darkness flee.”

The IPOB leader had shocked many last Thursday, two days to Nigeria’s elections, by calling a boycott of the polls in the southeastern part of Africa’s most populous nation.

He later insinuated that his directive to pro-Biafra supporters to vote in the 2019 elections disrupted plans by some Nigerians to rig the polls after the country’s electoral body rescheduled the polls.