On Saturday, Alhaji Atiku Abubakar, the presidential candidate of the opposition Peoples Democratic Party (PDP) in the recently concluded Presidential election in Nigeria, unveiled his legal team headed by Dr. Livy Uzoukwu which he vowed would retrieve his “stolen mandate” which was given to him by Nigerians.
Recall that Atiku rejected the results released by the Independent National Electoral Commission (INEC) which declared President Muhammadu Buhari of the All Progressives Congress (APC) as the country’s President after he polled 15 million votes to Atiku’s 11 million.
According to The Punch, a statement released by Paul Ibe, the former Vice President’s media adviser, showed that Dr. Livy Uzoukwu, SAN, is the Head of his Legal team. Atiku went on to assure people that he was confident that a historic judgment will be given that would nullify the electoral fraud.
Read Also: Jubilation In APC, As USA Sends Powerful Message To President Buhari
The statement quoted Atiku as saying: “I have just inaugurated my Legal team, and charged them with the responsibility of ensuring that our stolen mandate is retrieved. I am encouraged by the presence of fearless men and women of the Bench. The Judiciary, which had in the past discharged itself ably, is once again being called upon to deliver judgement on this matter that will be untainted by lucre, and uncowed by the threat of immoral power.”
The re-election of President Buhari may have been protested by members of the opposition party but he has received congratulatory messages from within and outside the country.
Apart from the United States of America, France and the United Kingdom, the President has also received congratulatory messages from the umbrella organisation for Muslims in Nigeria, the Nigerian Supreme Council for Islamic Affairs (NSCIA). The organisation under the leadership the Sultan of Sokoto, Alhaji Muhammad Sa’ad Abubakar, has congratulated Buhari on his reelection.

The organisation described President Buhari’s reelection as a reward for his good character and transparent honesty and advised the president to continue to be focused, fair, and firm in his administration’s efforts to reposition the country for good.
In a statement by the chairperson of its media committee, Femi Abbas, the organisation said it would continue to pray for the President’s success.

The statement reads: “In appreciation of the Almighty Allah for His boundless favours on Nigeria through Your Excellency and acknowledgement of His honour in making your re-election a success, the Nigerian Supreme Council for Islamic Affairs (NSCIA), under the leadership of its President-General, the Sultan of Sokoto, Alhaji Muhammad Sa’ad Abubakar, CFR, mni, congratulates you on your electoral victory and wishes you another successful tenure as President of our beloved country. As Your Excellency is aware, you are a pride not only to us as an Ummah but also the entire black race by virtue of your unique personality and immense qualities which have endeared you to millions of minds, including those of us in the Council and our affiliate bodies. It is a sign of walaayah (friendship) with Allah that a person’s love is planted in the hearts of people.
“You are a refreshing source of inspiration to many people all over the world as a symbol of unimpeachable character, transparent honesty, unimpregnable integrity and unassailable righteousness. As Allah says in the Glorious Qu’ran, ‘is there any reward for good other than good?’ (Q55:66), Nigerians in their overwhelming majority have rewarded Your Excellency’s goodness with a vote of confidence in you through the last February 23 presidential election. 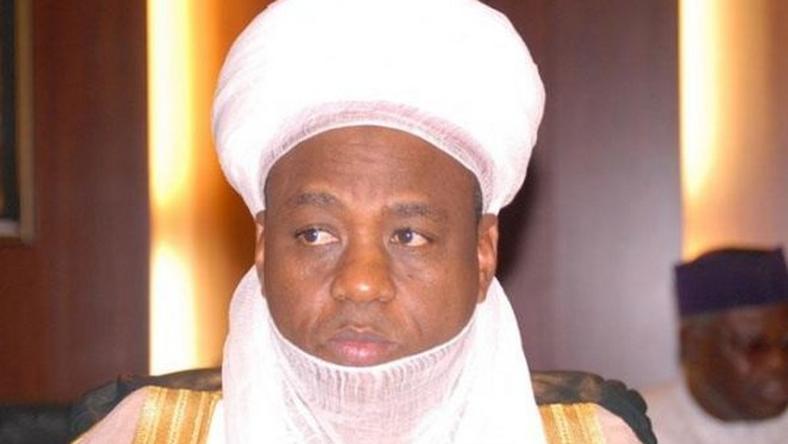 “We have no doubt that you are aware that leadership is a trust and that as Prophet Muhammad (SAW) said, every shepherd (leader) will be asked about his flock (followers); yet, we must enjoin you to continue to do your best in the interest of the country. We urge you to continue to be fair and firm in leading Nigeria to where she deserves, despite the unfounded blackmail and character assassination by those whose pre-occupation is to eliminate Muslims and Islam from the public space in order tocontinue to use religion to exploit and extort gullible individuals.

“We urge you to be wary of hypocritical do-gooders contriving a non-existent tension for relevance when indeed by their partisan pre-election activities, they cannot genuinely lay claim to neutrality and sincerity. Our prayer is that the Almighty Allah continues to grant you good health, long life and divine wisdom to steer the ship of Nigeria to the shore of greatness in peace, development, security and decorum. We also beseech Him to continue to guide and guard you in the discharge of your onerous duties so that you will remain a pre-eminent role model that you are for all incorruptible persons.”

What are your thoughts? Let us know in the comments section.

OPC Caution Nnamdi Kanu, IPOB to carry out the threat to attack Yorubas