It has been reported that Adams Oshiomole, the national chairman of the All Progressives Congress (APC), has alleged that the Independent National Electoral Commission (INEC) worked against his party in the just-concluded general election.

Mr Oshiomhole disclosed this during an interview tagged: “Hard Copy” on Channels Television on Friday evening.

He said: “I have huge reservations about the way INEC conducted this election. INEC bias against APC is so clear”. 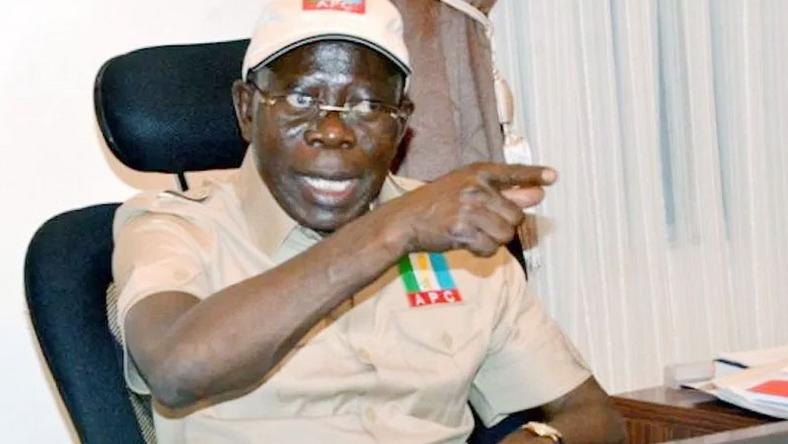 The former labour leader alleged that the non-use of card readers caused the APC to lose elections in some states.

The APC lost governorship elections in four states it currently governs (Imo, Ogun, Adamawa and Bauchi) but won in two states currently governed by the opposition (Kwara and Gombe).

The selective use of card readers is also one of the issues raised by Atiku Abubakar, the presidential candidate of the Peoples Democratic Party.

Mr Abubakar is challenging the victory of President Muhammadu Buhari of the APC.

Responding to a question on the election of the leadership of the 9th National Assembly, Mr Oshiomole said he has no power to appoint anyone as Senate President.

“Do I look like someone who can appoint and impose somebody on the Senate, even if I wished to? All I have is to persuade. The power to negotiate and the power to point out what might go wrong if the party does not organise itself as to obtain a process for electing leadership,” he said.

He, however, said all six geopolitical zones will have a principal officer in the Senate and in the House of Representatives.

Mr Oshiomhole and the APC leadership had endorsed Ahmed Lawan as the next Senate president and Femi Gbajabiamila as the Speaker of the House of Representatives.

The move has, however, been opposed by other APC elected lawmakers, including Ali Ndume, a Borno senator who seeks to be Senate President.

This report is coming just as another National Leader of the party, Bola Tinubu, has warned against a growing rebel against the party’s choice for Senate President and House Speaker. Tinubu specifically mentioned all the newly elected APC Lawmakers to tow the party line, or be chased out of the party.

He said, “Party discipline is key, we must be disciplined in the party. We were a little careless in 2015. We created the opportunity for serpent to get into our party, and that did not allow Nigeria to make the desired progress. You have seen the result of it, and we are not going to allow that to happen again. We are going to respect our party, and we are going to apply the whip.”

“It is either you stay with us, or you follow us, or you leave. You have the freedom to choose, but the freedom does not give you as a minority to go and collaborate and protrude our mandate given to you to another party, who was our opposition, and who is still our opposition. We would not take that this time, no matter who you think you are. That is how it is built. Why do you want to deviate from what has been structured? We look at our reward system equally, zone by zone”, he said.

Please leave your comments below.

SECRET!!! Ways To Be Among The Students With Distinction In Federal Polytechnic Ede.

PLANS HAVE CHANGED!! A PDP SENATOR WILL BECOME NEXT SENATE PRESIDENT (SEE DETAILS)