CLAIM: Somalia President, Mohamed Abdullahi Farmaajo and his vice exchanged blows to the point of wrestling themselves to the ground.

FULL STORY: Nigerian media space was abuzz on Saturday, August 15, 2020 with a viral video which claims to show President of Somalia, Mohamed Abdullahi Farmaajo publicly exchanged blows with his vice president in the public.

The video was subsequently published by popular news websites including Vanguard and Elombah.

VERIFICATION: A quick look at the first few seconds of the video showed that the words “Shirgudoonka; Golaha wakiilada” appeared on an inscription in front of the subjects in the video. When translated via Google translator, it was returned as “The Speaker of the House of Representatives.”

A keyframe analysis of the video using INVID helped in conducting a Google Reverse Image Search of the screenshots from the video where it was learnt that the video had appeared on some Twitter posts in 2019. 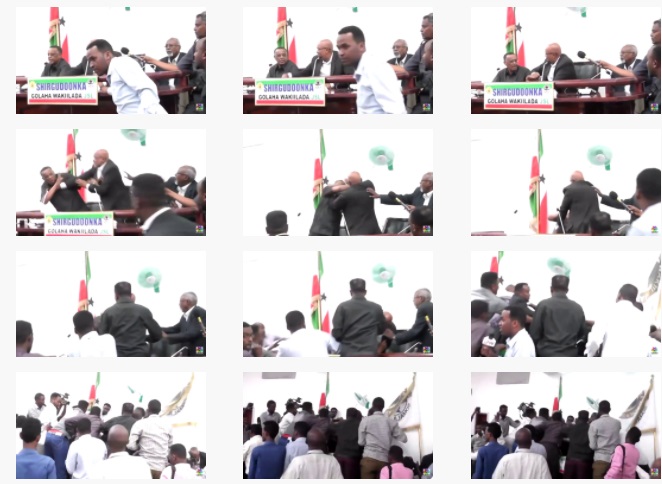 An advanced Twitter search further revealed that the original video which was 14 minutes 37 seconds long was posted on YouTube by a Somaliland-based television station, Star TV on September 12, 2015 with the caption Dagaalkii Iyo Gacan Hadalkii Shirgudoonkii Wakiilada Iyo Guushii Mucaaridka Somaliland which was translated by Google to mean “The Fight and the Hands of the Representatives and the Victory of the Opposition Of Somaliland.”

Further checks by Tribune Online showed that a related published report by Harowo and titled “Bashe Mohamed Farah, the first Deputy parliament Speaker who is not elected, but nominated” 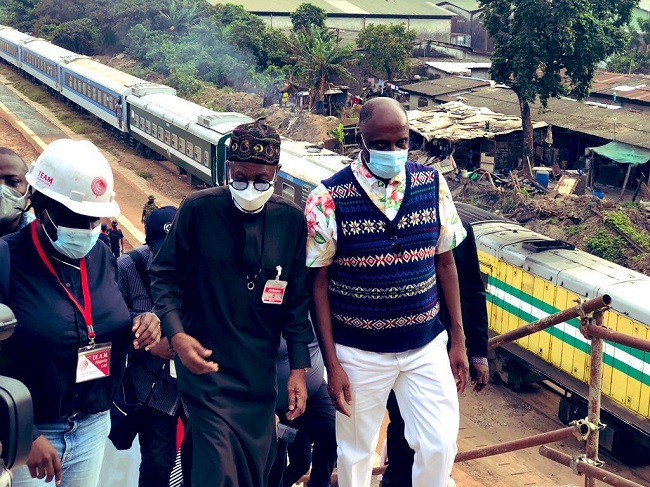 The publishing website has ceased to exist. However, the webpage of the report was retrieved using the internet archive, Way Back Machine which made eight captures of the webpage between September 13 2015 and August 23, 2016.

The report claimed “Mohamed Farah, the first deputy parliament speaker spoiled the image of Somaliland in the face of the international community as he tried to stage a coup” in the parliament before he was ‘challenged’ by the speaker of the parliament, Abdirahman Mohamed Abdullahi.

It was reported that House of National Assembly was debating the transfer of SL’s Berbera Oil Terminal which the house previously voted against its privatisation when the brawl ensued between the speaker and his deputy.

Plenary of the day which followed the brawl was presided over by the Second Deputy Speaker Hon. Ali Yusuf Ahmed who announced that the parliament would proceed on recess and would resume normal sessions after the Eid-Al-Adha celebrations.

The recess also allowed a mediation between the house leaders as both Abdullahi and Farah appeared together publicly inside the house of parliament on September 27, 2015, a move which was believed to have brought the division of the house to an end.

Farah who started his political career in 2005 when he was selected to represent Sool region in Somaliland’s House of Representatives went on to succeed Abdullahi in 2017.

A 2017 report on the transition of power between the duo also cited the 2015 brawl.

CONCLUSION: The said video is not of Somalia as widely claimed but from Somaliland, a state which self-declared independence after the collapse of the President Siad Barre-led Somali government on May 18, 1991, but still internationally considered to be part of Somalia.

And that the video which first appeared on the internet in 2015 showed the Speaker of Somaliland’s parliament, Abdirahman Mohamed Abdullahi (popularly referred to as Irro) exchanging fisticuffs with the first deputy parliament speaker, Mohamed Farah.

Thus, the claim that the president of Somalia and his vice/deputy exchanged blows is MISLEADING.

Nothing wrong with borrowing to fund projects – Lai Mohammed