Akiolu spoke when Buhari and his campaign team visited his palace in Lagos Island on Saturday after arriving the state in continuation of the presidential rallies ahead of the Feb. 16 election.

The traditional leader, who noted that the body of traditional rulers in the state were happy to receive the team, said that they appreciated Buhari’s efforts as a highly respected person in Nigeria.

He assured Buhari that there would be a repeat of his 2015 electoral victory in the coming election.

Give Buhari another chance and you will see how Nigeria will move forward, Akiolu said. 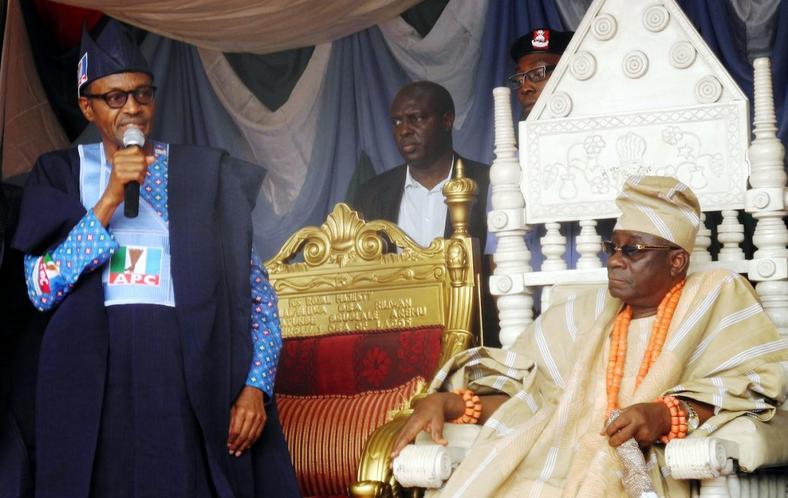 The monarch decried the rot that past administrations left behind in the country.

We should not go back to the past again. Now that you are here, Isha Allau, on Feb. 16, God will open the way for you. The best will happen to you, he said.

Akiolu, the Chairman, Lagos State Traditional Council of Obas and Chiefs, thanked the President for his achievements since assuming office and urged Nigerians to continue to support him.

He said that had a catalogue of requests, including mass transit and pressing issues on the Apapa ports, and they had all been committed into writing.

Akiolu presented Buhari with a Quran as he prayed for him. 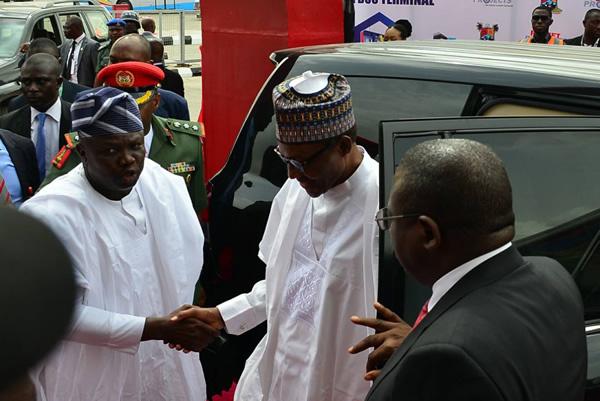 In his response, Buhari commended Akiolu appreciating the efforts of his government.

I appreciate all you have said and I assure you that I will continue to do my best.

The promise we made through our party in 2015, our country needs to be secured and properly managed.

If there is no security, we cannot do anything no matter your resources. We thank God our efforts have brought some fruits, Buhari said.

He said that his government was working hard to end importation of rice and ensure self-dependence.

But the failure of former administrations in spite of enormous revenue they got to develop infrastructure is amazing, Buhari said.

He commended the Minister of Works, Power and Housing, Mr Babatunde Fashola on his hard work and efficiency for keeping contractors on their toes, saying that he has done creditably well.

Earlier in his welcome address, Gov. Akinwunmi Ambode said that the state was very delighted to receive the President and for all he had done for the state.

It is my pleasure to welcome Mr President and Mr Vice President to the palace of the Oba of Lagos, who is the chairman of the council of Obas and Chiefs in Lagos State.

On behalf of all of them, we welcome you to Lagos State in continuation of your presidential campaign rally.

We are very delighted to receive you, we are very appreciative of everything that you have done for us in Lagos State. 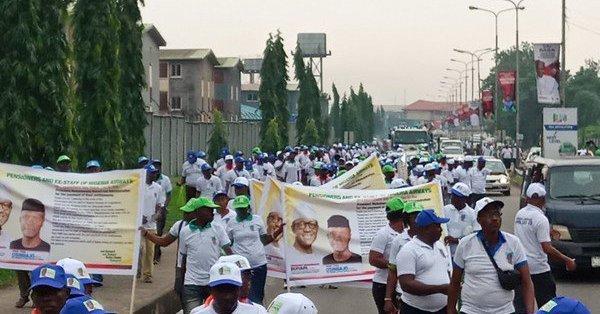 All our Kabiyesis are also very appreciative, Ambode said.

According to him, Lagos has remained very peaceful in the last four years and the security and safety of Lagos cannot be underscored without the cooperation of all our traditional rulers.

He commended specially the Oba of Lagos and other traditional rulers for keeping the peace for the government.

According to Ambode, the President, Vice President and other party stalwarts are in the palace to receive royal blessings.

He added that with the royal blessings, APC will continue to hold strong in the state.

Agency of Nigeria (NAN) reports that Buhari who arrived the palace at exactly 10:59 am departed with his team before noon.

In the team were the Vice President Prof. Yemi Osinbajo, Gov. Gboyega Oyetola of Osun, APC Chieftain Bisi Akande, the National Leader of APC, Sen. Bola Tinubu and others.