Nigeria’s pedigree in Africa which makes them perennial contenders of the 2019 African Cup of Nations (AFCON), would be tested again as they reignite rivalry with one of African football’s underrated achievers, the Bafana Bafana of South Africa, in the quarter-finals encounter at Cairo International Stadium on later tonight.

Surprise package South Africa have offered clear signs of resurgence at the tournament following a fallow few years in which their own fans have often questioned their players and performances.

The 1996 tournament winners were expected to offer minimal resistance to an Egypt side spearheaded by Liverpool’s Mohamed Salah, but turned heads with a vibrant performance that impressively matched The Pharaohs in their backyard and allowed South Africa to emerge as worthy winners by the only goal of the game. 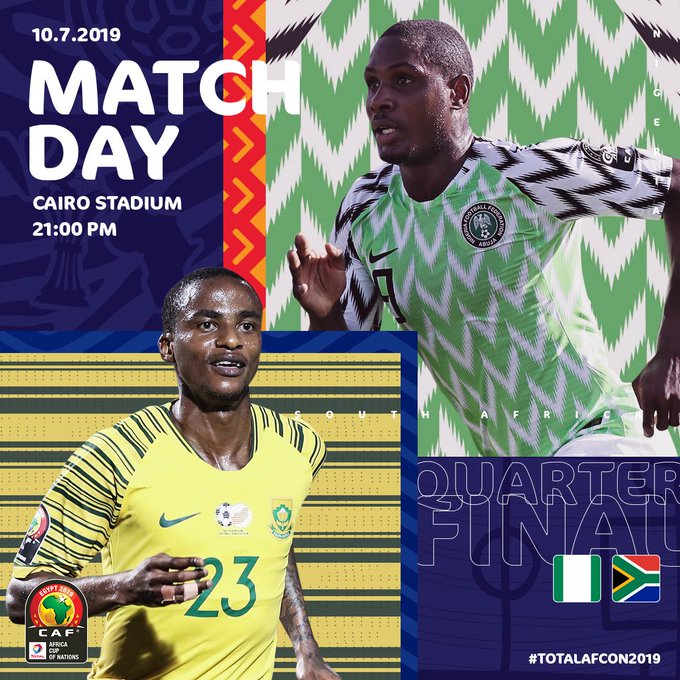 Prepare yourselves for some good time

Nigeria, who are three-time winners, lifted the trophy in South Africa in 2013 and have lost just one of their last 11 matches – that setback against Madagascar in their final group game, when coach Gernot Rohr rested several players.

The Super Eagles are as instantly familiar as their shimmering green shirts when it comes to the final four of this competition, although they will know from results so far – as well as their own malaise in losing 2-0 to Madagascar – that a semi-final spot is no certainty. 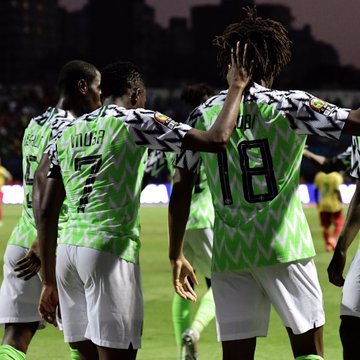 A victory would give the three-time champions a sixth successive slot in the semi-finals and enhance their current run of three wins from their last four.

Nigeria’s concerns will be heightened by the most recent meetings between the two teams as the Bafana Bafana enjoyed a 2-0 win in their encounter during the early stages of qualifying for AFCON 2019, although Rohr’s men earned a 1-1 draw in the return fixture last November.

That first-leg win in 2017 is South Africa’s only competitive victory in their meetings with Nigeria, although they won 2-1 in a friendly in 2004 and have not lost to these opponents in almost six years. 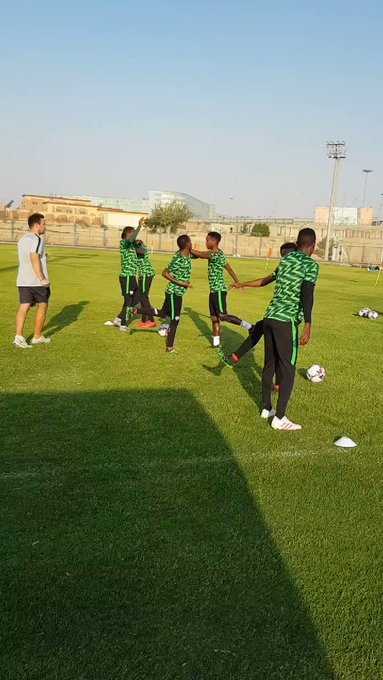 Bafana Bafana getting ready for the Super Eagles of Nigeria on Wednesday.
Kick off 21h00

Three goals by players with plenty of Premier League experience helped the Super Eagles knock out reigning champions Cameroon during a frenetic 3-2 round-of-16 clash in which the Gernot Rohr showed their ruthlessness in response to having far less possession than the holders.

Cool finish from Alex Iwobi gives the #SuperEagles the lead vs Cameroon.

South Africa supporters – particularly those who follow the country’s Premier Soccer League – were particularly relieved to see Thembinkosi Lorch grab the heroic 85th-minute winner against Egypt in their own round of 16 encounter at the Cairo International Stadium.

Nigeria will receive a significant boost should John Obi Mikel return from an injury that forced him to limp out of the defeat to Madagascar. Rohr is understandably eager to involve the former Chelsea midfielder again, and told reporters that he has been tentatively running in a bid to be ready for the quarter-final.

Mikel, who took part in a light training session on Sunday, could be restored as captain, while there is likely to be further good news on the fitness of Shehu Abdullahi. The Bursaspor defender left the late group stage win over Burundi with a hamstring injury but is in contention for a starting berth after returning to the bench against Cameroon. 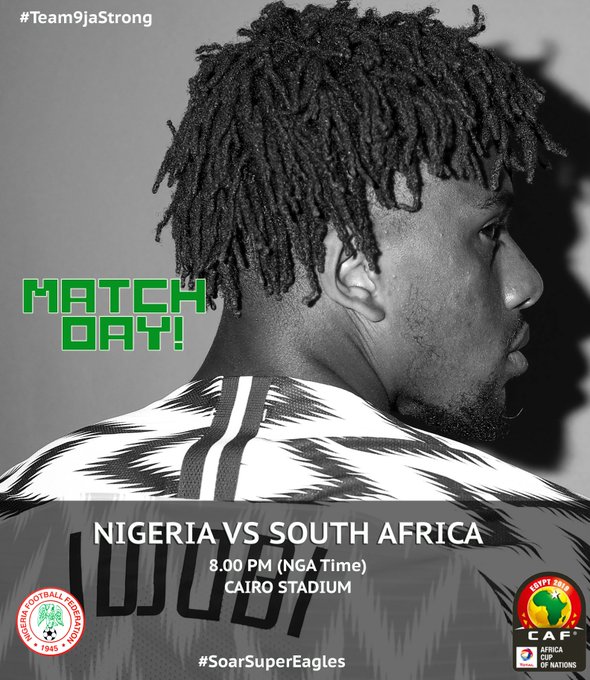 M A T C H D A Y! The Eagles are ready to soar tonight at the Cairo Stadium against @BafanaBafana #SoarSuperEagles #Team9jaStrong #TotalAFCON2019 #NGARSA #NGA

Ighalo is the tournament’s joint top scorer with three goals, and his ratio of 93 minutes per goal means he has been narrowly less prolific than Senegal and Liverpool rival Sadio Mane.

South Africa coach Baxter spoke with satisfaction of the surprise his bold selection and relatively cavalier attacking approach sprung on their round-of-16 victims.

While the Bafana Bafana boss might seek to emulate that unpredictability by introducing more changes, the greater likelihood is an untouched lineup that will, if nothing else, reward his victorious players and please their increasingly optimistic fans.

South Africa have found a formula that makes them a threat to any team and their opportunistic counter-attacking could set up sucker-punches. That risk aside, Nigeria’s nous and firepower should see them through.