The man in whom Maurizio Sarri has placed his faith to revive Chelsea’s season and ensure he keeps his job is also a man who divides opinion in Argentina perhaps more than any player. Gonzalo Higuain, who is likely to make his debut on Sunday in the FA Cup against Sheffield Wednesday, is an enigma. Sarri himself branded him ‘lazy’ when he first met him and said it was hard to take when he left Napoli for Juventus. But the Chelsea manager also described Higuain as ‘like a son’. And now, with his own position inevitably in question if Chelsea don’t make the top four, he is the player on whom he has staked the next four crucial months of his professional career. 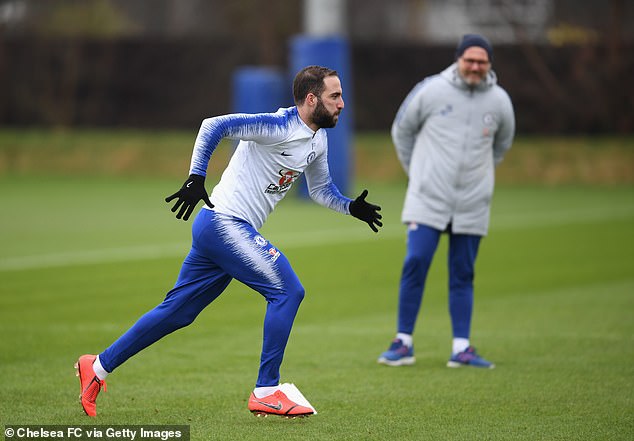 The former River Plate, Real Madrid, Napoli, Juventus and AC Milan centre-forward comes with a phenomenal CV and goal-scoring record and yet still remains a mass of contradictions. No one should doubt his credentials but in Argentina he has become a caricature, reduced to being a comic meme as the man always in the wrong place at the wrong time and mocked as a player who puts on weight easily. ‘Gonzalo has been the only true quality centre-forward we had,’ said Gabriel Batistuta. ‘But now his time in Argentina is definitely over. If you are a goal-scorer, you just have to score, as simple as that. He had his chances. Now he must leave his place for a younger generation, like Mauro Icardi (of Inter).’ 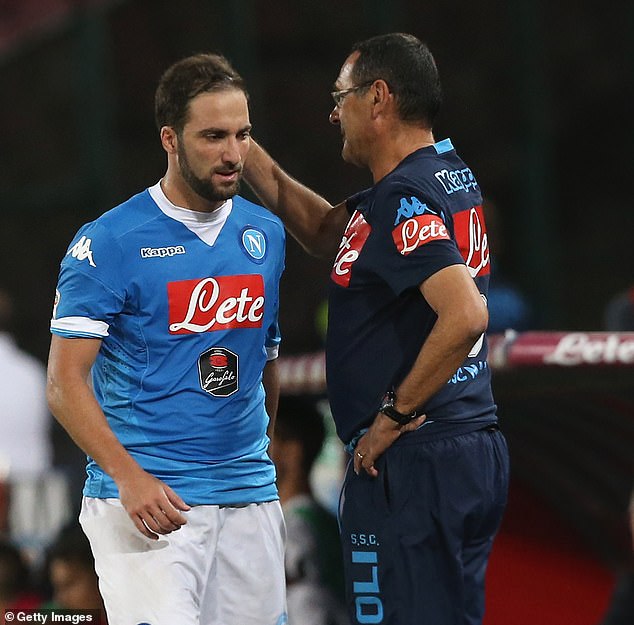 Yet Higuain will always be the man who scuffed his shot when through on goal in the 2014 World Cup final against Germany. Even the disallowed goal he did score was largely due to the fact that he mistimed his run to be offside. That was bad enough but then against Chile in the 2015 Copa America final he missed a chance in the last minute to win the game and then sent his penalty in the shoot-out (Argentina lost) into the stands; in the 2016 final, also against Chile, he again missed a great early chance.A man who has scored 122 in 264 games for Real, 92 in 147 for Napoli and 55 in 105 for Juventus ought to be a national treasure. He has won five league titles (in Italy and Spain) and four cups as well as scoring the most goals in a single Serie A season in 2015-16 with 36. 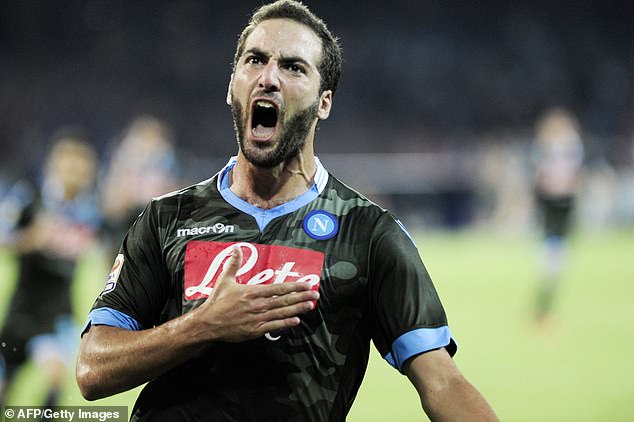 A coach who worked with him at Napoli said: ‘He did sometimes get anxious in big games, but could be phenomenal. There was a Europa League quarter-final against Wolfsburg in 2015 in which he scored and was unbelievable. But in the semi against Dnipro, he missed three in five minutes.’ Yet Sarri trusts him. In his system, wide players are expected to do the bulk of the work pressing the opposition. 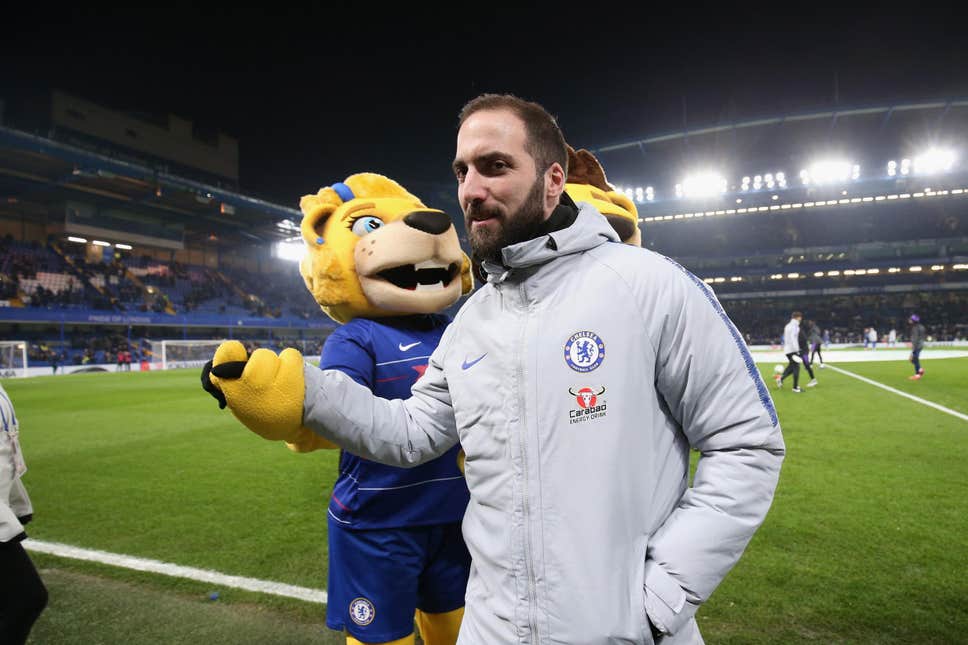 Higuain’s role is as a channel, to hold the ball up, link play and, of course, finish. To thrive it seems Higuain needs love and reassurance. He lost that at Juventus when they moved him on to make room for Cristiano Ronaldo, who also overshadowed him at Real. It’s as if he is judged by impossible standards, having been a foil to Ronaldo and Messi and never quite up to the task. But who is? As Sarri said: ‘If he doesn’t win the Ballon d’Or, he’s a d**khead.’  Chelsea will be banking on the special relationship with Sarri and a dose of love and attention to revitalise a centre-forward who, at his best, is phenomenal.

Manchester United has told this player he is free to leave

2023: It’s too early – Goodluck Jonathan speaks on return as president