Jose Mourinho has paid tribute to Arsene Wenger, describing the Frenchman and Alex Ferguson as “sweet enemies”. The Frenchman deserves more recognition for overseeing Arsenal’s ‘Invincibles’ season, according to his former rival. Mourinho was involved in a fierce rivalry with the Arsenal and Manchester United managers during his two spells at Chelsea and then again with Wenger after taking over the reins at Old Trafford in 2016.

Mourinho’s first stint at Chelsea started the season after Arsenal’s legendary 2003-04 campaign, which saw them lift the Premier League trophy without suffering defeat – an achievement that saw them christened ‘the Invincibles’. The Portuguese, who has been out of a job since being dismissed by United in December, looks back fondly on his battles with Wenger and Ferguson and believes the former Arsenal boss deserves more credit for guiding the Gunners through that unbeaten season.

“He is a very intelligent person and one of the best managers in the history of football,” he told @LaureusSport after Wenger was awarded the Laureus World Sports Awards’ Lifetime Achievement award. I arrived in England and I found ‘the Invincibles’ and I found Manchester United and Sir Alex Ferguson very much hurt by that Arsenal season.” 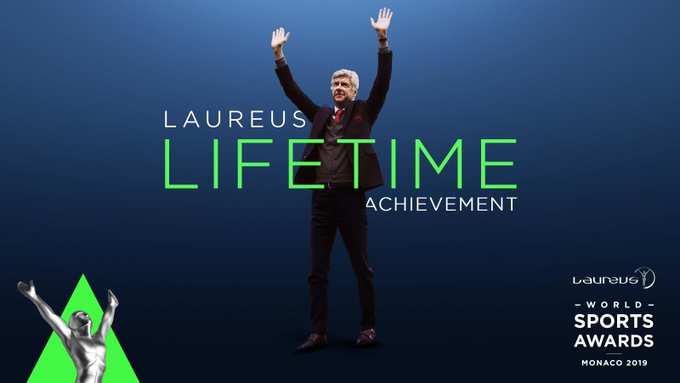 A visionary, one of a kind, the #Laureus19 Lifetime Achievement recipient, Arsene Wenger

2,158 people are talking about this

“And we were like a third force coming. Chelsea had a great desire to be champions for the first time in so many years. So, of course, it was the confrontation of forces and you can imagine that Sir Alex, Wenger and myself we were fighting for the same. We were like, I like to say in football, ‘sweet enemies’.

“My feeling is where are the next ‘Invincibles’? Where are they? Who did it again? Who made people forget that he was the manager of the invincible team? Lots of philosophies, lots of talk, lots of PR. Football today is a lot about this, but [it is about] results, and who did better than him?” Mourinho and Wenger were involved in a number of heated exchanges with each other over the years, but Mourinho insists it has done nothing to diminish his respect for the 69-year-old.

He added: “I really enjoyed the competition but there were some episodes along the road that I don’t like to say I regret because this is really part of our history and we cannot go back and delete them but what I can say is that the real respect is always there.”