Manchester United boss Ole Gunnar Solskjaer has heaped praise on midfielder Scott McTominay after his performance against Barcelona in the UEFA Champions League, adding that the youngster is improving in every game he plays.

The Scotsman played the entire game as United slumped to 1-0 defeat at the hands of Spanish La Liga side Barcelona on Wednesday night.

The 22-year-old won the Man of the Match award after a commanding display against the best team in the La Liga.

Speaking after the game, Solskjaer said: ‘Scott McTominay was fantastic. Every time he plays for us he is improving.

‘He’s a great athlete, wins his challenges and quick on his feet. He started settling us to be fair [after United went behind].’

McTominay has made 17 appearances for United this season, scoring once.

He is a product of United’s academy and made his Premier League debut when he came on as a substitute against Arsenal on the 7th of May, 2017.

His first Premier League start for the club was against Crystal Palace on the 21st of May, 2017. 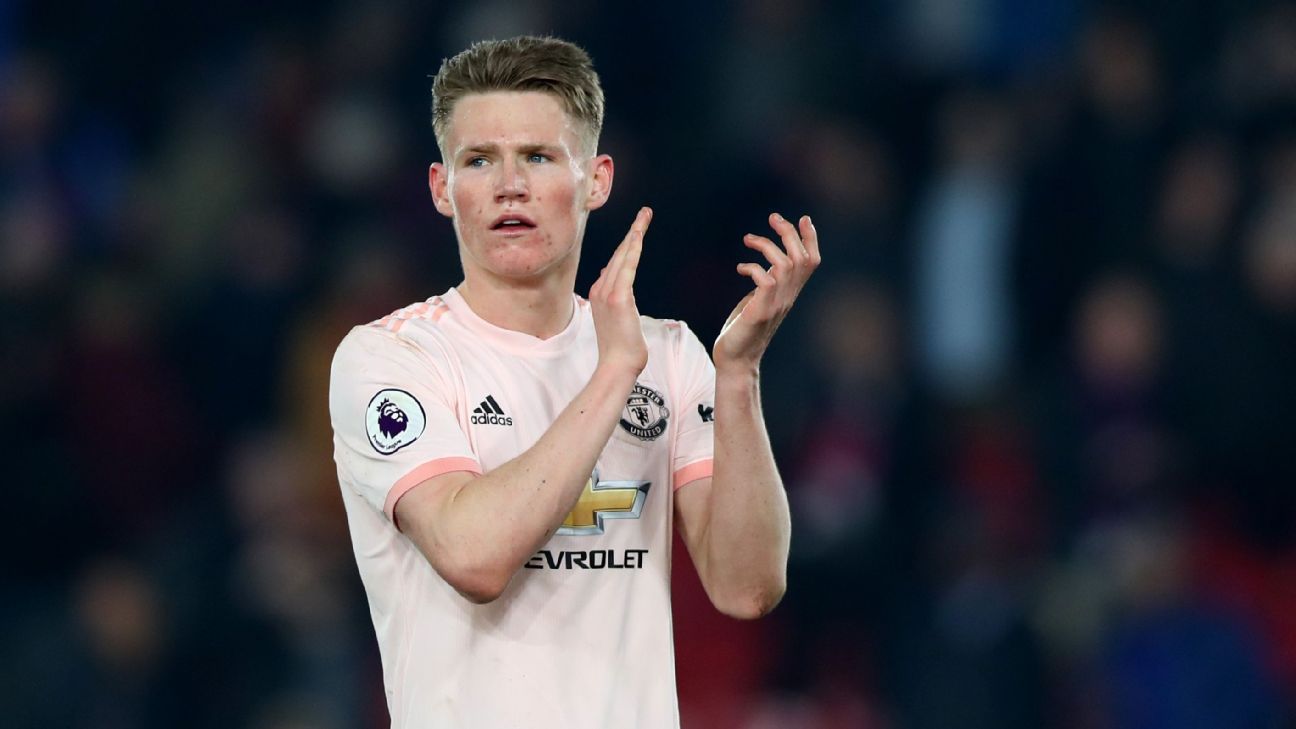 Solskjaer will be hoping the youngster continues to improve and gives a good account of himself if he is given another chance against Barcelona in the second leg.

With the future of Ander Herrera in doubt, United may have just found an ideal replacement for the Spaniard.

If he is consistent, his youthfulness and ability to put in enormous strength will make him the darling of United supporters.

At this stage, it is important for the youngster to avoid the distractions that come from being the centre of attention and focus on giving his best in training.

He should learn from previous United youngsters who have broken into the first team and failed to maintain and improve on the work that got them to the top.

What are your thoughts about McTominay’s performance against Barcelona? Let us know by dropping a comment

BRILLIANT! SOLSKJAER REVEALS PLAN AHEAD OF SECOND LEG AGAINST BARCELONA