Manchester City manager, Pep Guardiola, who started his coaching career with Real Madrid’s rival Barcelona, said that the best football club in the last decade are his former club, Juventus and Bayern Munich, leaving out Real Madrid, who have won the UEFA Champions League four times in the last five years, and the Los Blancos manager, Solari said “Real Madrid is the best club of the decade, what Guardiola did is a deliberate omission”

Santiago Solari appeared in the press room to analyze the return duel of the Cup, in which Real Madrid will try to make good the 4-2 of the first leg to eliminate Girona. Go to the semifinals: “If we have three fronts open and we will fight for everyone, it is because the players put intensity, effort and commitment.” 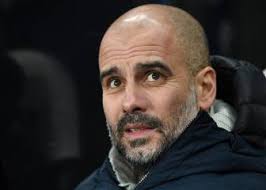 Guardiola and the best teams of the decade: “It seems a deliberate omission, but we’re not going to fight for a decade or so, Madrid is the best club in history and in the last decade, never underestimate anyone.”

Bale or Vinícius: “They are always punctual, we have many games, the great news is that all except Vallejo are all available.

The new role of Vinícius with the return of Bale and Asensio: “I repeat, we are all delighted with the evolution of Vinícius and have shown many things, we are a wonderful team and almost everyone is back working and that makes us more competitive and we will choose according to each match and according to many circumstances “.

Ramos: “Okay, it’s been a scare by luck, it has recovered and trained normally.”The match tomorrow: “It will be complicated, there is no match that is not complicated, all the Cup matches are being played and we are going there to make a serious game and we are going to bring the game to us. people with their team and we have to be very attentive.

“How to manage an incumbent who is a substitute: “The role of anyone is to train at the top to be at the highest possible level when it comes to playing, that is the profession”.Marcelo and Isco, if they do not play for the same reason: “Every game is different, there are games that play and others that can not, they can be equally definitive when they are called in. Let everyone make an effort and do it better and that will make us be more competitive and better template “.

If Keylor Navas will play: “It’s available, but the lineup is not going to be given now, but Keylor is available.Transfers in January and if he expected them: “We have a wonderful squad, we will fight on all fronts and the team is well, excited to face each match, many players have returned to the dynamic and that is the most important news.

“Morata and Atlético and their case as a player: “The job of the soccer player going to the club that goes is to be professional and deliver everything, then it can happen that you fall in love with the club you are working in and that’s what happened to me when I came to Madrid. ”