These days, people get so violent and go to the extreme to cause harm on their fellow humans. The rate of murder crimes have gone a high increase now just like suicides are also on the increase. Another murder case has been reported of a school gardener, Femi Aderonmu, who was arrested by the Lagos State Police Command for allegedly beating a Senior Secondary School 3 pupil of the Jubril Martins Memorial Grammar School, Iponri, Rafiu Adagun, to death.

It was gathered that Rafiu was heading home after writing his West African Senior School Certificate Examination on Wednesday when he was accosted by the gardener along the Oke-Olu Road in the Iponri area of the state.

PUNCH Metro learnt that Aderonmu engaged the deceased in a fight, which led to the latter being unconscious. He was later rushed to hospital where he was confirmed dead. In a post on Instagram, Rafiu’s sister, identified simply as Adebusola, accused the school of covering up the incident.

She added that the family got to know of exactly what happened through some pupils, who were eyewitnesses. She said, “RIP to my lovely brother, who was beaten to death by the school’s gardener, who is 26 years older than him at the Jubril Martins Memorial Grammar School, Iponri.

“There was an attempt to cover up the incident by the school authority at first. They said he (Rafiu) suddenly slumped and died, but we made them understand that he was healthy and we said that we wouldn’t accept that excuse.”

“We were only able to get the truth after asking some pupils, who were at the scene of the incident, and who confirmed to us that he was beaten to death by the gardener.” 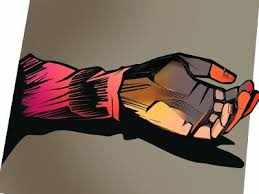 However, in a statement on Sunday, the state Police Public Relations Officer, Bala Elkana, confirmed the arrest of Aderonmu, adding that he would soon be charged to court after investigation.

Elkana stated, “On April 16, 2019, around 2.40pm, the Iponri Police Station received a complaint from the Jubril Martins Memorial Grammar School, Iponri, that on April 15, 2019, around 4.40pm, one Femi Aderonmu, a gardener with the said school, engaged one Rafiu Adagun, an SSS3 pupil, in a fight along Oke-Olu Road, Iponri.

“In the process, the pupil fell down and became unconscious and was rushed to the Smith Medical Hospital, where he later died. Eyewitness accounts showed that the deceased was returning home with his friends after writing the WASSCE and the suspect blocked him on the way and pulled him down on the accusation that the deceased had insulted him earlier.

“Homicide detectives from the State Criminal Investigation Department, Yaba, visited the crime scene and the corpse of the deceased was deposited in the mortuary for autopsy. The suspect has been arrested and will be charged to court for murder.”

What have you got to say on this story? Kindly share your comments or views in the comment space below.